This blog is for everybody that loves Greece.

Greece is one of the most ready tourist destinations

Greece is one of the most prepared tourist destinations, with a clear message and plan and looks forward. With optimism and confidence to the upcoming opening of Tourism from May 14. Said Tourism Minister Haris Theocharis from Berlin, where on Wednesday he completed a two-day working visit.

After his meetings with the Deputy Minister of Economy in charge of Tourism Mr. Thomas Barais, with top executives of the TUI Tourist Group and with the leadership of the German Travel Association (DRV). Mr. Theocharis referred mainly to the effort to the health picture of Greece and the government’s plan for safe holidays. “Our country is one of the most ready and mainly has a clear message, which it explains clearly. “Our system has a beginning, a middle and an end, it is professional, mature and balanced. Between openness and security”, the minister pointed out.

The safety protocols that will apply, in combination with the new tools available, vaccines and rapid tests. But also the new medical knowledge, are powerful weapons in our quiver. Continued Mr. Theocharis and, referring to the “Global Champion Award” for Covid-19 Crisis Management. “Our country received for the management of tourism in pandemic conditions, spoke of a proof that the great effort made last year is recognized in the most official way “. Besides, as he pointed out, at this year’s World Travel and Tourism Council (WTCC) organized in Cancun, the Minister of Tourism accepted the praiseworthy comments of the largest tourism operators, who consider Greece as an example of a safe opening for tourism.

He even placed special emphasis on the transparency of information. Emphasizing that the government ensures that the whole country is safe and does not change the epidemiological data, as it did last year, Turkey. Which was later revealed not to count asymptomatic carriers as coronavirus cases. “We are telling the truth, we are sharing our data and we want them to trust us,” he said.

Regarding the German market in particular, Mr. Theocharis the assurance from Mr. Barais that the federal government is seriously considering lifting the mandatory quarantine measure for vaccinated German tourists returning from Greece. “The prospect of easing the conditions for German tourists to return to their country is expected to significantly facilitate their decision to travel to Greece”, the minister said. Assuring that Greece, for its part, would be ready to offer its citizens the “green »Vaccination certificate as early as 1 June. Germany, according to Health Minister Jens Spann, will be ready “at the end of the second quarter of the year”.

There was also a discussion about the simplification of procedures for tourists from non-EU countries, said Mr. Theocharis, while, answering a relevant question. Expressed the view that travel and vaccines approved by the World Health Organization should be accepted. Even if they have not yet received the approval of Coreper.

Demand for travel in Greece is already high in Germany, said the Minister of Tourism. He explained that the opening on April 19 for EU countries was made precisely with the aim of coming the first tourists. Those who usually travel independently, to “Try the waters” and then return to their home countries and share their experiences. “We go out early and make known the regulatory framework so that the market can start at its own pace”, he added. German travel agents are now more optimistic than they were three or four weeks ago. As the public debate has now moved in the direction of facilitating tourist travel, said Mr. Theocharis.

Answering a question about estimates for this year’s tourist season, Mr. Theocharis spoke of a confused picture. The first half of the year has been lost and it is a “transitional and difficult” year. But stressed that the goal remains to be better than the previous one. He even expressed the belief that the tourist season will be extended in the fall, as many families will want e.g. to wait for all their members to be vaccinated.

Referring to the project of horizontal vaccination of the smaller Greek islands, which is extensively covered and with particularly flattering comments by the German media, Haris Theocharis clarified that it was a matter of practicality, speed and procedures to vaccinate the entire population at the same time. The goal is not to have covid-free islands, but a secure Greece. “All tourist destinations are safe. “Our system operates and protects both tourists and citizens and employees in Tourism”, the minister noted.

For 2021, TUI starts its activities in Greece on May 14 and 15, with flights to the airports of Heraklion, Araxos, Corfu, Kos and Rhodes and based on the reservations so far, Greece together with Spain and Cyprus are expected to have the best performance this year. TUI officials who met with the Minister of Tourism praised the way Greece dealt with the pandemic last year, describing it as a “model” in dealing with the unprecedented health crisis caused by Covid-19. The travel agents for their part expressed their optimism for a safe opening of this year’s Greek Tourism and referred to the upcoming DRV conference with about 700 participants, which is scheduled for the end of October and will be hosted in Messinia.

PrevPreviousCafes, restaurants reopen in Greece for outdoor service
NextBritain: TUI is considering extending its summer season due to huge demandNext

Britain: TUI is considering extending its summer season due to huge demand

The TUI group announced that it is considering extending its summer season until the fall,

Cafes and restaurants reopen in Greece on Monday. For sit-down service for the first time 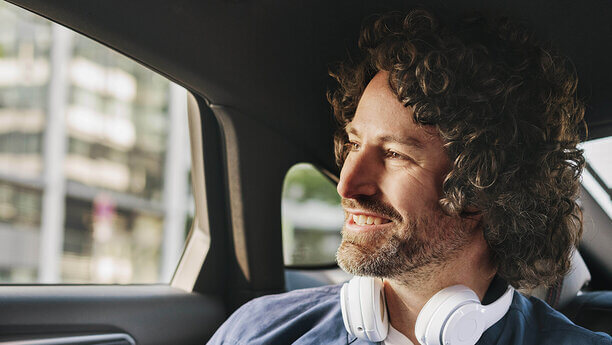 We provide quality transfer services with taxi in Crete at competitive fixed prices from Heraklion airport and port to any destination you wish.

Book with CBC your next transfer in Crete

We use cookies to ensure that we give you the best experience on our website. If you continue to use this site we will assume that you are happy with it